Mr. Mermell has been the senior and managing partner of the firm since its creation.  He has devoted his entire professional life to the representation of injured workers in Florida and elsewhere in the world.

Mr. Mermell has been handling the claims of injured workers under the Defense Base Act and the Longshore & Harbor Worker’s Compensation Act for the past 29 years.

Mr. Mermell is completely fluent in English and Spanish. 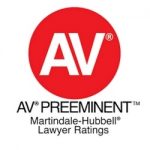 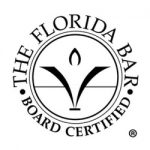 Get a Free Longshore

If you would like to get a FREE evaluation on your Longshore and Harbor Workers’ Compensation Act case, please provide us with your specific details.

We are committed to each of our clients, and vow to serve you and your Longshore case to the best of our abilities.

The information you obtain at this site is not, nor is it intended to be, legal advice. You should consult an attorney for individual advice regarding your own situation.  You may reproduce materials available at this site for your own personal use and for non-commercial distribution. All copies must include this copyright statement.