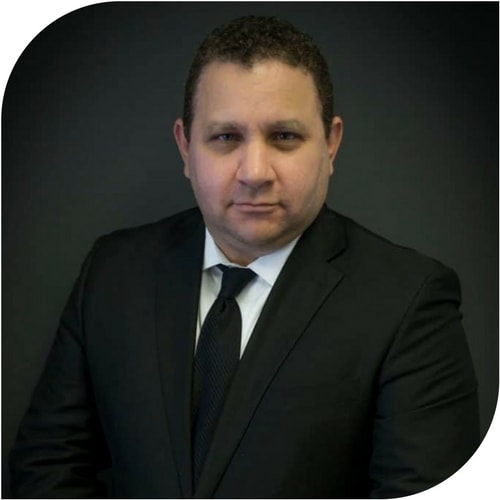 David Pacheco, Esq., has been handling the claims of injured workers in Florida and the rest of the world, during the past 15 years.

With experience, Mr. Pacheco uncovered his gift of finding a diamond in the rough when it comes to mediation. He has become extremely successful in the mediation art, often obtaining results that far surpass his clients’ expectations.

Mr. Pacheco began with the Law Firm of Gillis & Mermell, P.A., directly out of law school.  In 2004, after seven years of devotion and dedication representing injured workers, he became its rightful partner.  Since then, the Law Firm of Gillis, Mermell & Pacheco, P.A. bears his name proudly.

Very professional. Everything he told me was exactly what was done and everything he projected came true. The staff, especially Ms. Gladis Vega was very helpful to me throughout my claim. On point.

Overall, I highly recommend Mr. Pacheco and Gillis, Mermell & PaCHECO law firm for Defense Base Act cases. I was injured while working overseas in Afghanistan.

Lance
This guy David Pacheco is a great longshore lawyer. He helped me in the past on another case so I came back. This time was just as good or better. This lawyer really knows the longshoremen laws and knows how to get the job done.

I highly recommend Mr. Pacheco and his law firm of Gillis, Mermell & Pacheco to anyone injured at the port.

Randy
Great attorney. Great firm. Wonderful staff.  They answered every question and calmed my fears about the process in a Defense Base Act claim.

I would definitely recommend Gillis, Mermell & Pacheco to anyone injured in Iraq or Afghanistan who needs a quality Defense Base Act lawyer.

filed on behalf of injured workers.

Including claims of workers injured under the Longshore and Harbor Workers’ Compensation Act. We are experienced Longshore attorneys, and we have a proven track record of securing excellent results for injured Longshoremen for more than 22 years. Call us now to discuss your case, a free consultation, no obligations! 305-595-3350

Get a Free Longshore Case Consultation

If you would like to get a FREE evaluation on your Longshore and Harbor Workers’ Compensation Act case, please provide us with your specific details.

We are committed to each of our clients. We vow to serve you and your Longshore case to the best of our abilities.

The information you obtain at this site is not, nor is it intended to be, legal advice. You should consult an attorney for individual advice regarding your own situation.  You may reproduce materials available at this site for your own personal use and for non-commercial distribution. All copies must include this copyright statement.